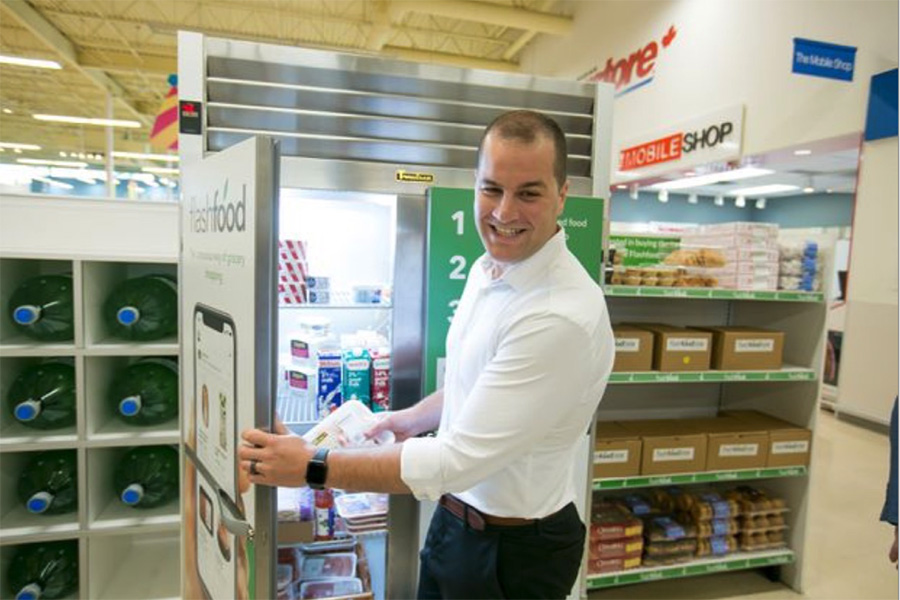 "This is not bad food": Loblaw Pairs Up with Toronto Startup Flashfood to Reduce Waste

Loblaw Cos Ltd. is partnering with Toronto startup Flashfood to cut the amount of food the grocery giant throws out, by instead selling it for a discount to shoppers over their smart phones.

Flashfood’s e-commerce app enables grocers to upload pictures of surplus items coming to the end of their shelf life – perishable items such as meat, produce, baked goods and dairy products - and list them for half price. With a few clicks on their smartphones, customers can order items and pick them up from a special fridge at the front of the store. Flashfood handles payments for retailers, and keeps an undisclosed cut for itself.

Loblaw began piloting the program last summer and expanded it this spring to 139 Maxi and Provigo stores in Quebec, and to 37 Real Canadian Superstores in Ontario last week. With the national expansion, which Loblaw is announcing Wednesday, Flashfood will be selling product from more than 250 outlets by summer’s end.

Gord Chem, senior vice-president with Loblaw’s Real Canadian Superstore Operations, said 150,000 Loblaws customers have signed up and 76 per cent use the app weekly. He said Loblaw sells 77 per cent of the items it puts on Flashfood, moving an average of $800 to $1,000 worth of goods weekly at each of its largest stores.

“We’re very happy with that conversion rate,” he said. “This is not bad food. ... This is product that is close to date or ripe and should be eaten today or tomorrow.”

Across the industry grocers are trying to cut the amount of food they throw out. Loblaw has committed to cut food waste in half by 2025; it also donates food to Second Harvest, an online platform that connects food businesses in B.C. with social services and non-profit organizations to feed those in need. Loblaw and other retailers are also adopting programs to deliver products in reusable containers.

Flashfood offers three benefits to grocers: They recover revenue for items they would have thrown out; they reduce related costs to haul it away; and they get a PR boost from helping the environment and providing affordable food. “The customers seem to like it, they like what we’re doing, they like what they’re standing for and they also like the value,” Mr. Chem said.

Meanwhile, grocers do the heavy lifting, providing fridges and racks, moving the food and uploading items to the app.

Montrealer Sabrina-Kate Eryou said she’s used Flashfood regularly since reading about it on Facebook in April, spending $50 to $100 a week.” It’s quite addictive,” she said, adding the app tells her how much she has saved ($902). “I love the service because when I read about how much food is wasted, it really got to me.”

The startup is the brainchild of 30-year-old founder and CEO Josh Domingues, a former minor hockey league brawler who worked as an investment banker and managed money for pro hockey players in his 20s. His life changed in 2016 when his sister, a chef, told him she had just thrown out $4,000 of food after a catering event. He was taken aback and started

to research how much food goes to waste – generating greenhouse gases when it rots in landfills. He made it his mission to do something about the problem.

The business idea for Flashfood came to him soon after: To “take the discount food rack, make it look sexy and put it on your cellphone,” he said.

Flashfood raised $1.5-million from angel investors including Canadian tech entrepreneur Michael Hyatt in 2017. “What I like about it is everybody wins,” Mr. Hyatt said. "People can eat more affordably while [grocers] recover money they would have written off.”

The startup launched pilot projects with Farm Boy and Longos stores in Ontario and Buy- Low Foods in Vancouver, and got into the Techstars Retail accelerator program in Minneapolis last fall, which led to pilots in Target and Hy-Vee supermarkets in the U.S. Midwest. Flashfood also raised an undisclosed venture financing last fall led by U.S. giant General Catalyst, with backing from Air Miles Canada co-founder Rob Gierkink and James McCann, ex-CEO of grocer Ahold USA.

“How many times do you get to [invest] in a business that is not only a great business model but does something really great for society?” said Mr. Gierkink, who added Flashfood would work in other countries with mature supermarket industries.

When asked if Flashfood’s success meant grocers would donate less to food banks, Mr. Domingues said they “are still donating as much as previously. What we’re selling is product that goes unsold in addition to what is recovered by food bank sand food rescue.”

He added fresh food is harder for food banks to deal with because it has such a short shelf life, while Flashfood items are meant for same-day sales. 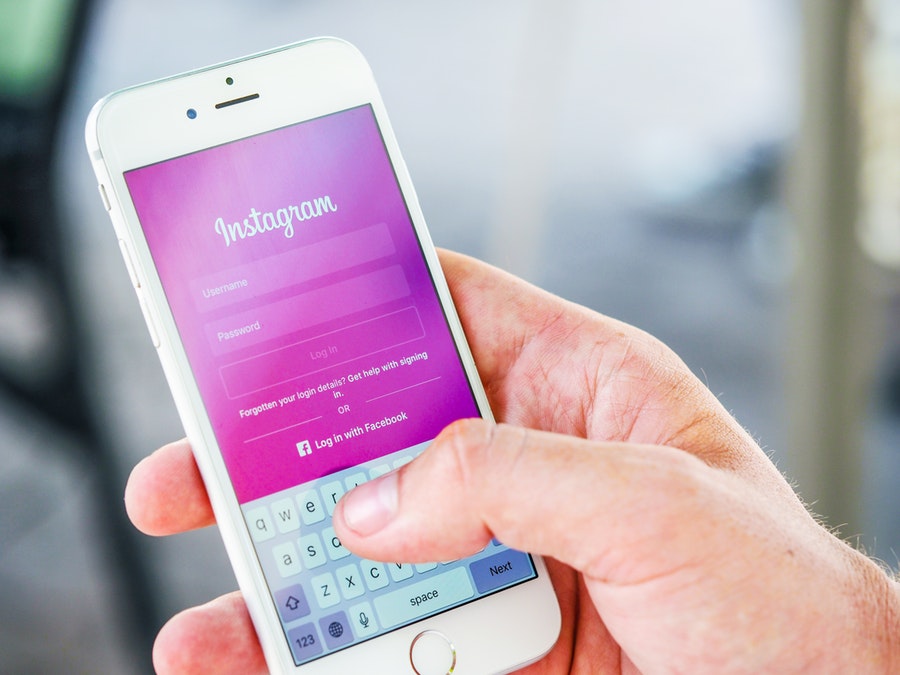 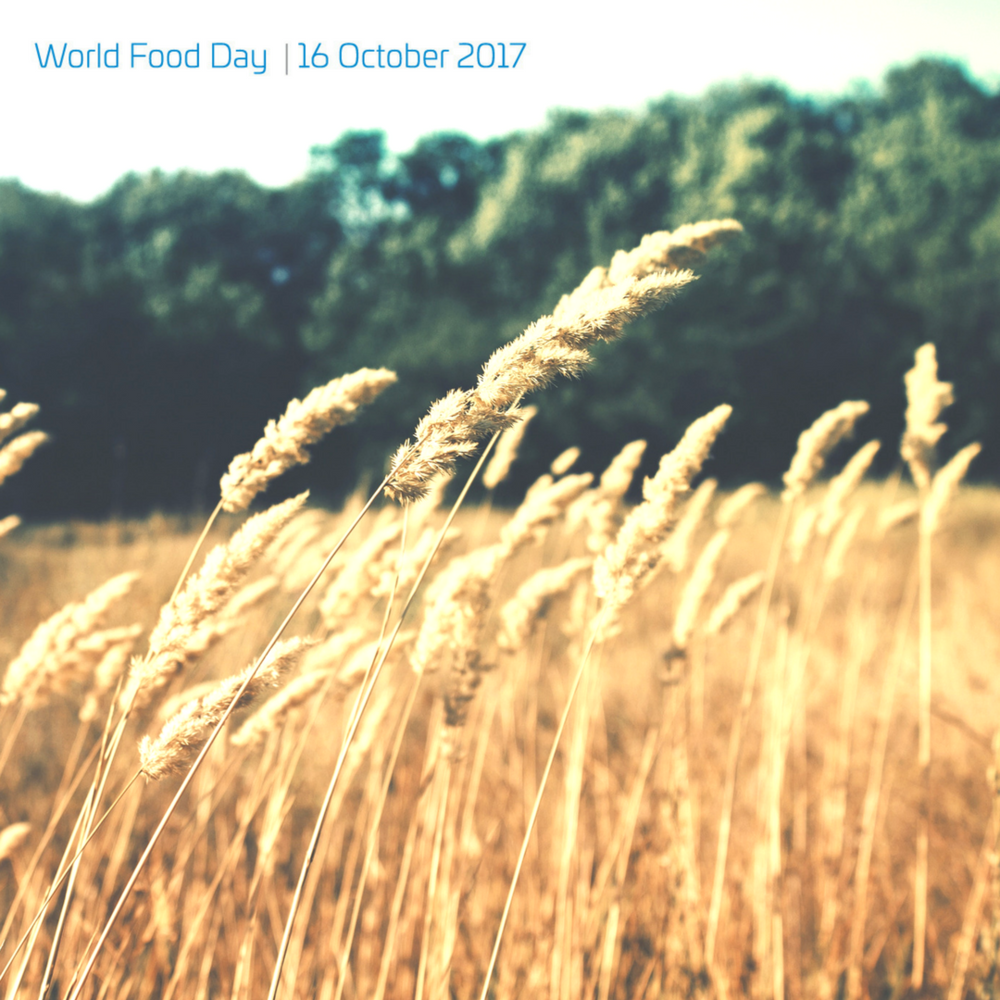 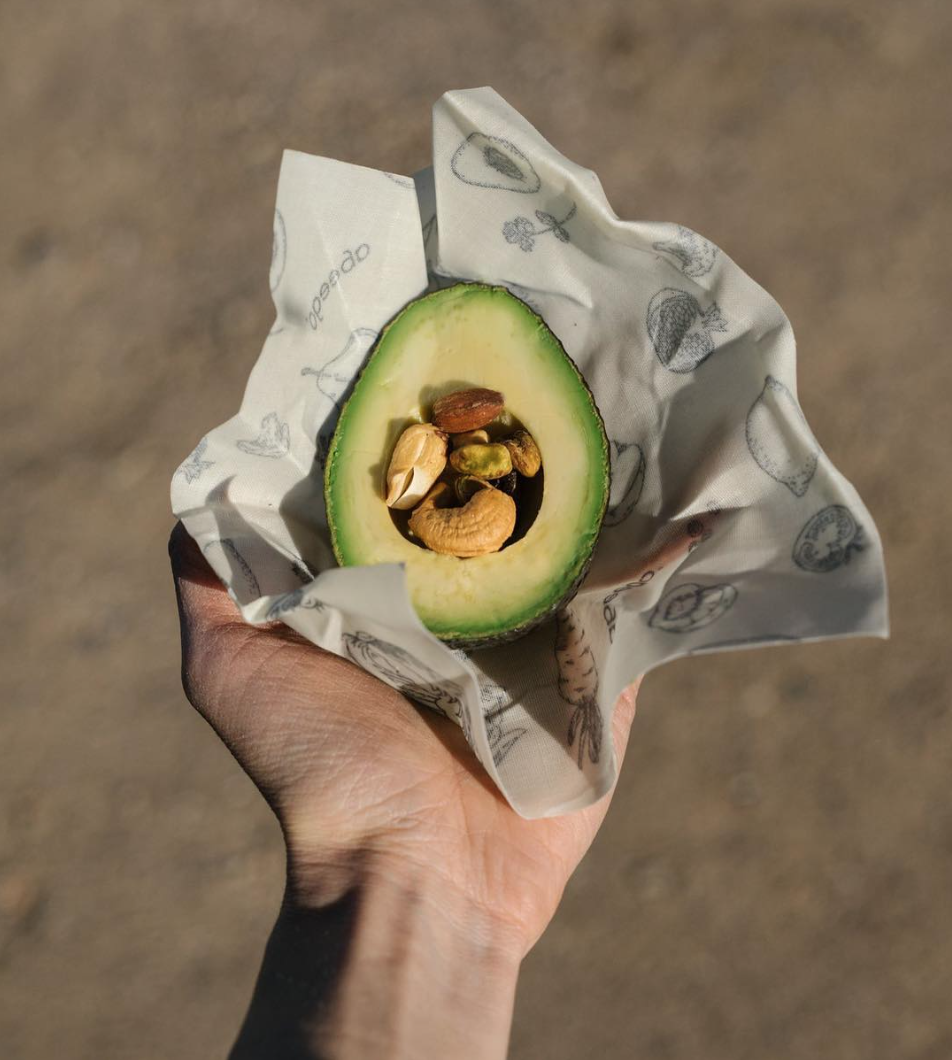 Top Places to Shop for Eco-Friendly Products in Toronto 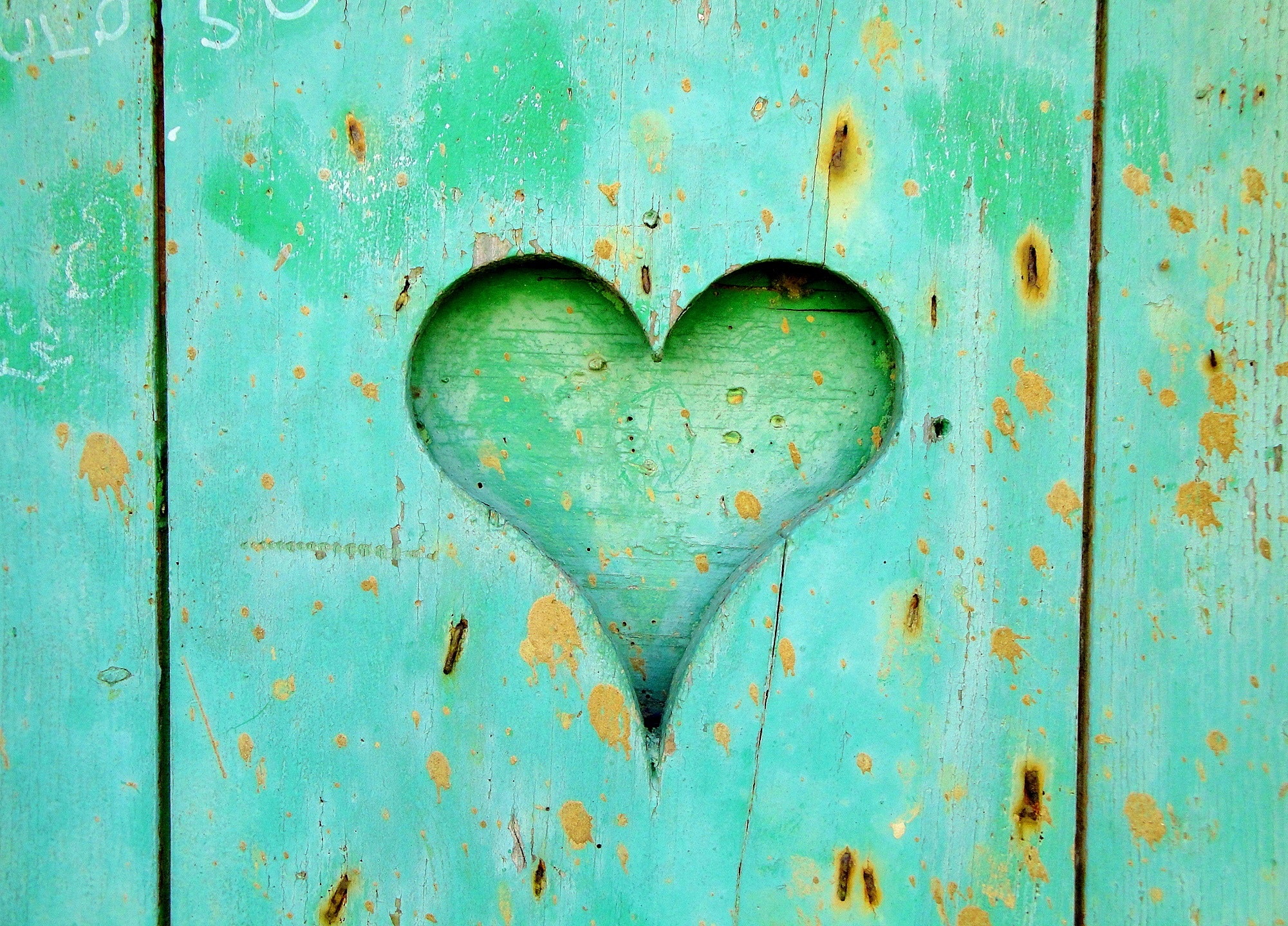 5 Flashfoodies Who Advocate for the End Of Food Waste 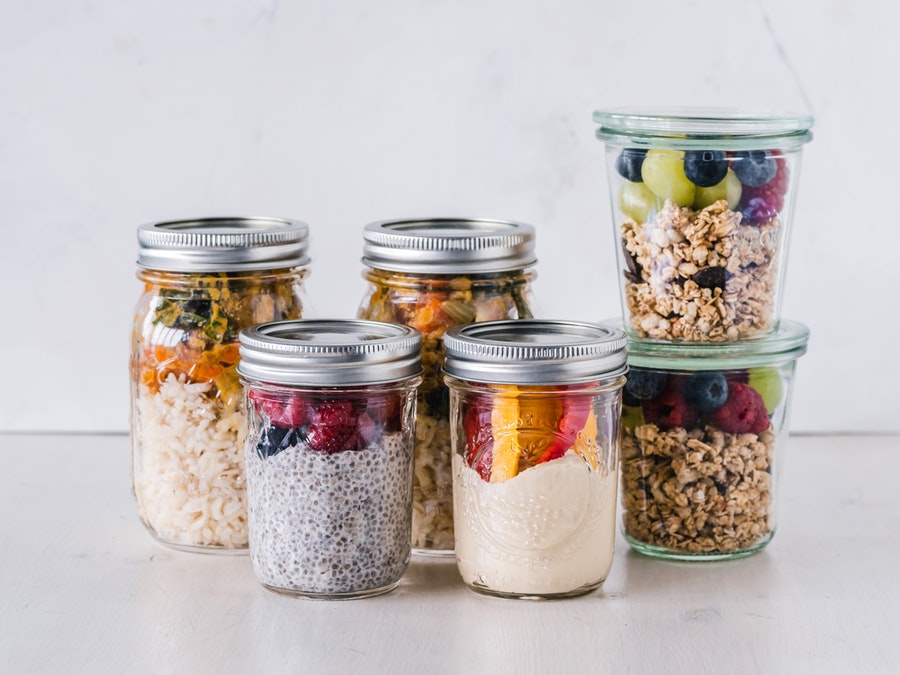